Republished with permission from Carolina Public Press. Click this LINK to the original article.

As Carolina Public Press reported ahead of the announcement, the decision hinged on whether FEMA recognized the rain events in May as one or two disasters.

FEMA’s official denial letter, signed by Administrator Brock Long, stated the agency was treating the damage as being caused by two separate events.

“Based on our review of all the information available, it has been determined that the damage identified in your request resulted from separate and distinct events, none of which were the severity and magnitude as to be beyond the capabilities of the state and local government,” Long wrote.

“Accordingly, we have determined that supplemental federal assistance is not necessary.” 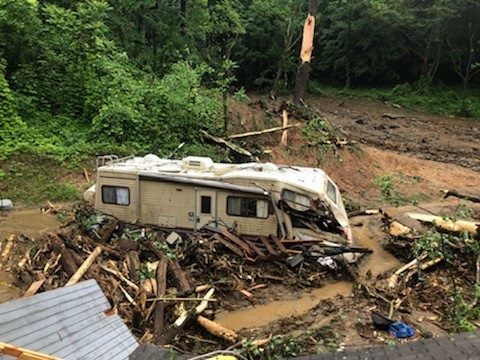 A recreational vehicle sits stranded after mudslides caused by heavy rains in Polk County in May. Courtesy of Polk County Emergency Management.

This decision comes after North Carolina has already been approved for assistance from other federal programs, including the U.S. Department of Agriculture and the U.S. Small Business Administration.

Though this assistance provided some relief, it did not cover all damage in the 13 counties for which Cooper had requested assistance.

“Five people died as a result of these storms, and many other suffered damage to their homes and businesses,” Cooper said in a press release.

“Many roads, bridges and driveways were washed out. People in Western North Carolina need help recovering, and we will keep doing everything we can to get it to them, including appealing this disappointing decision by FEMA.”

The state has 30 days to submit an appeal and is working on the request to send back to FEMA. 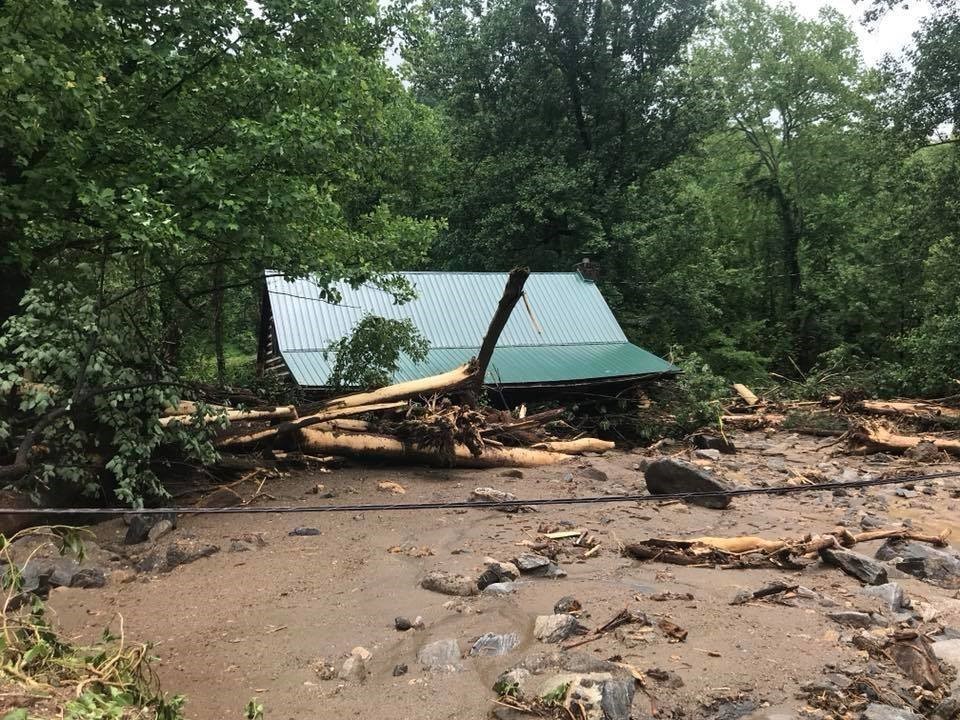 Mayor Steve Little of Marion said he was disappointed in the outcome.

“The decision is doubly bad,” Little said. “FEMA took too long to make a decision and then made an unjust decision. It is a shame that FEMA could not understand that the flooding events taking place between May 15 and 31 were connected and were a one-two punch.”

Though Marion has made some progress in cleaning up, the cost is putting a burden on the city. According to City Manager Bob Boyette, if FEMA does not reverse its decision, the taxpayers of the city will be forced to pay for the damage.

According to a report from the city, the total damage incurred by the city amounts to $178,000. The state can help pay for some of that but can only grant up to 75 percent. If FEMA approves aid, the full cost would be covered.

Polk County Manager D. Marche Pittman said his county has already absorbed the cost for the damage, but individuals are still reeling from the destruction.

The county was able to pay for personnel and equipment used for cleanup but still needs money from FEMA or the state to cover damage for residents.

“We still have four families who are without homes,” Pittman said. “In 24 years in county government I’ve never seen damage like this. It was devastating.”

At a recent Board of Commissioners meeting, $15,000 in donations from PSNC and Duke Energy was appropriated to a local nonprofit to help Polk County residents. Pittman said this type of work is all the county could do without further assistance.

“The best outcome would be FEMA reversing their incorrect decision, which was based on technicalities, and providing the financial support needed by the state and local governments,” Boyette said.

“The most pressing needs for the city of Marion — and likely most other local governments — are financial. We just need to know that FEMA will provide the financial assistance that is warranted.” 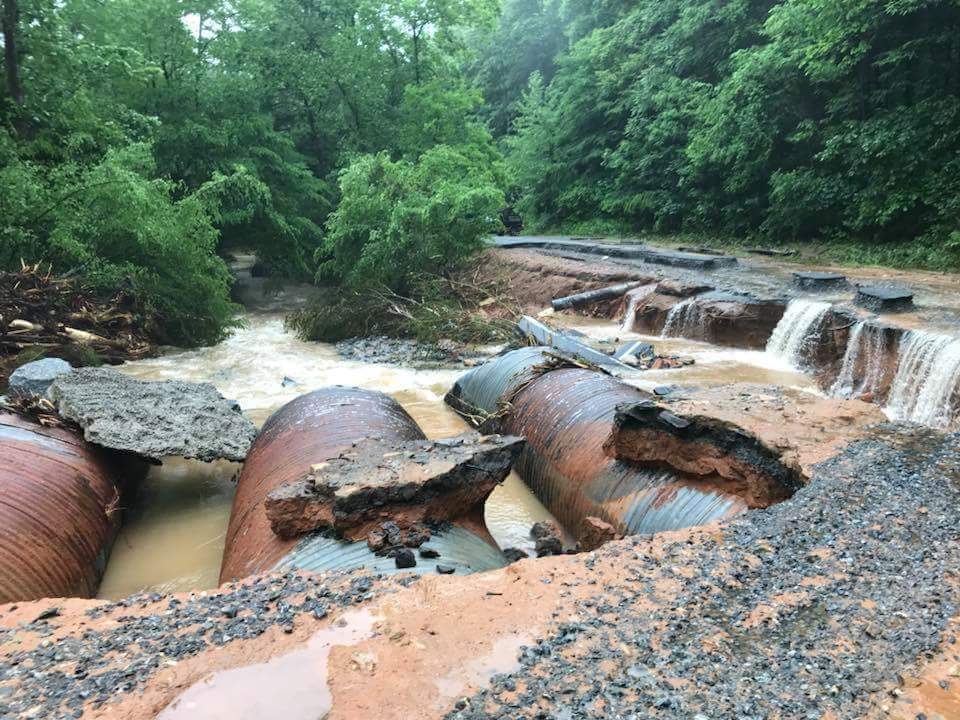 Water runs off the ruins of a highway in Polk County around damaged pipes following heavy rains that struck the area in May. Courtesy of Polk County Emergency Management.